Pre-arrangement is a gift to your family, sparing them from hard decisions at an emotional time. Learn More

The Russell C. Schmidt & Son Funeral Home, Inc. was originally founded as a proprietorship in 1953 by Russell C. Schmidt in a traditionally German neighborhood in Erie known as “Marvintown”. The funeral home was located on a single lot on the corner of Pine Avenue and Marvin Avenue.

Russell C. Schmidt was born in Erie in 1909 and lived his entire life in Erie. He was a 1929 graduate of Academy High School and went on to graduate from Worsham School of Embalming in Chicago, Illinois in 1932. He went on to become the head embalmer for other local funeral homes for 21 years before deciding to start his own funeral home.

After many years of steady growth and several additions to the funeral home, Russell’s son, David, joined him in the family business in 1972 following a year-long internship. David was a 1964 graduate of Academy High School and went on to earn a B. S. in Accounting from the Pennsylvania State University in 1968. After serving two years in the United States Army during the Vietnam War he attended San Francisco College of Mortuary Science where he graduated in 1971.

Over the years it became apparent a larger, more modern, facility was necessary and so in 2000 a ten-acre lot was purchased 1 ½ miles south of the original location in an area of Erie known as Belle Valley. After celebrating our 50th anniversary in 2003 the present funeral home was completed in 2005 (please see the “Facilities” page for pictures and descriptions of our present location).

In 2005 a third-generation funeral director was welcomed into the Russell C. Schmidt & Son Funeral Home, Inc., Dennis D. Schmidt is a 2000 graduate of Cathedral Preparatory School and a 2004 graduate of the Pennsylvania State University with a B. S. in Kinesiology. He went on to graduate from the Funeral Institute of the North East (FINE) in 2005. Dennis is committed to providing families with the same caring service his grandfather and father provided for over 50 years. 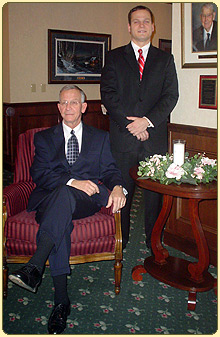 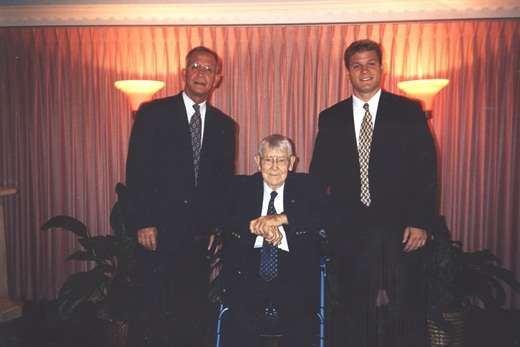 Our family serving yours" 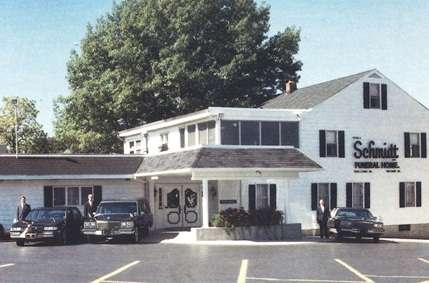 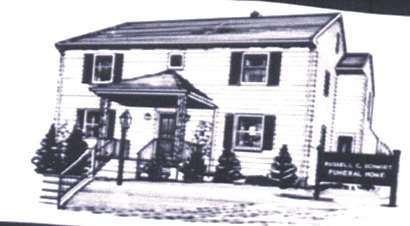